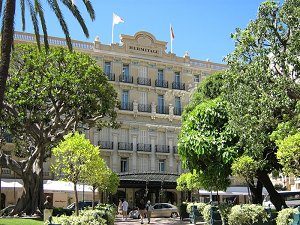 Wealth and diversity are two characteristic features of the hotel sector of the principality. Old palaces are witnesses of a magnificent past and incomparable luxury. Speaking as a symbol of the legendary era, they challenged time, and in place of yesterday’s traditions, their current reputation has grown. “Hotel de Paris” and “Hotel Hermitage” lead the story in their own way. The first – built in the last century, retained all the splendor of noble architecture, reflected in its hall, the Empire Hall, rooms and salons. The second – together with its neoclassical-style restaurant and the Winter Garden, creates a carefully guarded atmosphere of the “Beautiful era” of the 20th century. Of these two hotels, there is direct access to the Terrace Pool, which is implemented in the shape of a shell and filled with sea water. END_OF_DOCUMENT_TOKEN_TO_BE_REPLACED

Most citizens, when they say “dwarf,” have a blissful smile on their lips. Still would! Whose heart does not touch the dwarf poodle baby? Who will not be touched by the centuries-old dwarf pine? So is the dwarf state. On its territory, as if in a small casket, all the best was collected on several tens of hectares of land. While traveling by car, you can see all the wonders of the world in just half an hour …

The Principality of Monaco is for those who prefer to wake up in apartments decorated with gold, who are accustomed to tread on carpets made of natural wool, who can not do without immersion in a pool with mineral water, and, finally, for those who can easily do all of the above “Little things” is ready to lay out a tidy sum. END_OF_DOCUMENT_TOKEN_TO_BE_REPLACED

April 14, 1929, at 13 hours 30 minutes under the High patronage of His Serene Highness Prince Louis II, Prince Pierre opened the first Grand Prix of Monaco. 16 riders had to complete 100 laps with a total length of 318 km. That was the beginning of the Monaco Grand Prix – a race which, along with Le Mans (Mans 24 hour) and Indianapolis (Indianapolis 500) is one of the most famous in the world!

So, this weekend, for the 64th time (the 53rd in Formula 1), the racers will go to the start of the famous “race around the casino”, and the same number of times this race, pretty seasoned with pure roulette madness, was kind championship in the championship. END_OF_DOCUMENT_TOKEN_TO_BE_REPLACED