The memory of a trip to Monaco (part 2) 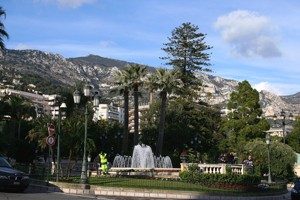 Extraordinary beauty – like this, in ordinary words I express my admiration and joy to the places that have opened up for me.
I also remember the photo session near the monument to the black monk, the symbol of Monaco. I no longer remember this story and do not want to turn to Google. But she remained in her memory as something surprising and interesting. We start wandering around souvenir shops, already almost imagining what we want to bring from here, and what you will not find in any store – a piece of beautiful life. Of course, we carry the most appropriate souvenir in our heads – our memories. But still I want to feel something upon arrival home. Need something to take their empty hands. END_OF_DOCUMENT_TOKEN_TO_BE_REPLACED 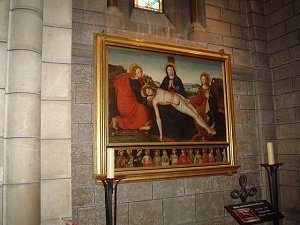 Cathedral of Monaco – the main cathedral of the Principality of Monaco was built of white stone, brought from La Turbi. The cathedral stands on the site of an older church of the XIII century. The princes of Monaco, their wives and daughters are buried in the Cathedral. The interior of the Cathedral used paintings by the famous painter Louis Brea. Services are held on religious holidays and on National Day. During concerts of religious music and festive services, an organ established in 1976 sounds

The first stone of the Cathedral was laid on January 6, 1875 during the reign of Charles III. Its grand opening took place in 1884. END_OF_DOCUMENT_TOKEN_TO_BE_REPLACED