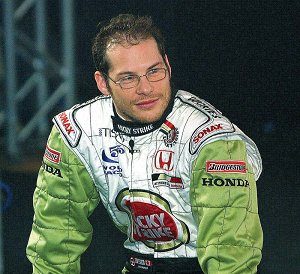 Would you like to shop at Carrefour. And not because it’s inexpensive there. In the only supermarket of the Principality of Monaco, it’s easier than ever to meet a real star. There you can look into the Claudia Schiffer shopping cart and find out what kind of oil a beautiful top model buys. You can see what kind of cornflakes the pilot of F1 Canadian Jacques Villeneuve prefers …

According to the inhabitants of Monaco, Carrefour is the most popular place in the Principality. Sports stars, models, actors and millionaires from around the world who settled in Monaco because of a “paradise” tax system are attracted to Carrefour precisely by its usual character.

Public people come for shopping in shorts, crumpled shirts, worn slippers and without exquisite hairstyles. Here they can be themselves, because they know that crowds of one-day tourists who are trying to see the rich and famous in Monaco will not be reached here.

Therefore, one can stop playing the role that is obligatory for them on the other side of the ocean and the mountains. On which stands the old Monaco, the center of the whole principality.

Representatives of the Grimaldi clan have ruled him for 710 years. But a piece of land called Fontville, where Carrefour is located, as well as the AS Monaco stadium, came into their possession relatively recently. 40 years were spent on its arrangement, and the principality increased by as much as 23 hectares (almost to 200 hectares).

Fontville has normality. However, it’s enough to catch the local bus and ride through the mountain tunnel to find yourself in the midst of fun at the Place de Casino in Monte Carlo.

It is best to come here in the afternoon. I sit down in the garden of the legendary Cafe de Paris and indulge in an activity that is called people-watching in English. Observing people is more addictive than roulette and the famous casino, which is also nearby. People act like Place de Casino is a big stage.

Here is an elderly woman in a red hat, the size of a half-princedom, accompanied by a Dalmatian. In general, many walk their four-legged pets on a leash here. And even more – they carry tiny dogs in their arms. This is fashionable!

From the seaside boulevard of Princess Grace, the Roll Royce Phantom, the latest creation of the legendary company today owned by BMW, is slowly descending. Bentley is here too to surprise no one. Many huge Mercedes …

What are these machines doing here? Well, almost 27 thousand “tax residents” living on 200 hectares of the principality should do something. In the evening they drive their luxury cars and circle from the beach in Lavrotto (a light aperitif) to the La Condamine yacht port (exchange greetings with their friends) and back through Place de Casino.

Champagne in a crystal glass at the Cafe de Paris (let tourists enjoy the car), for a moment at the famous Jimmy club – and all over again.

But this is on ordinary days. Real motor-fun begins when the local stage of the Formula 1 racing starts – the Monaco Grand Prix. Then it seems that all the limousines of the world come to the city …