The memory of a trip to Monaco (part 1) 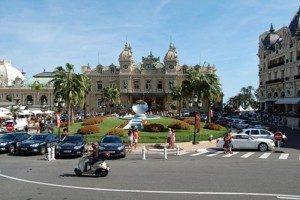 In travel plans, a visit to the state of Monaco was not made in advance. But, since these places were nearby, we decided to visit as many attractions in the district as possible. Basking in the waters of the Mediterranean Sea, on the shore of one of the French towns, we were visited by the thought of a trip and a visit to a neighboring small, but so famous state. From this moment our Slavic heads suffered towards new adventures.

Before crossing the border, which led to many tunnels laid in the rocks, it was already clear that we were heading to a fairly hilly area. After the border, surprise about how you can travel around these parts without a car has increased. Basically, the road passed through many tunnels interconnected by small open sections of a regular road. Naturally no hiking trails. END_OF_DOCUMENT_TOKEN_TO_BE_REPLACED

An agreement between Monaco and Sardinian King Victor Emmanuel I was signed at Stupinigi on November 8, 1817. It was much less favorable for the principality than the treaty with France that was in force before the French Revolution. The finances of the principality were in miserable condition, the country’s resources were reduced, and the communes, parishes and hospitals owed large sums of money.

Coat of arms of the Sardinian king Victor Emanuel I. After the death of Honore IV, power passed to his son Honore V (1819–1841), to whom Napoleon in 1810 appropriated the title of baron, and the Restoration regime became the peer of France. The new prince took measures to overcome the crisis.However, his tough policy met with dissatisfaction of the population and protests, especially in 1833 in Menton. After the death of Honore V, power passed to his brother, Florestan I (1841–1856), a great admirer of literature and theater, completely unprepared for government. END_OF_DOCUMENT_TOKEN_TO_BE_REPLACED