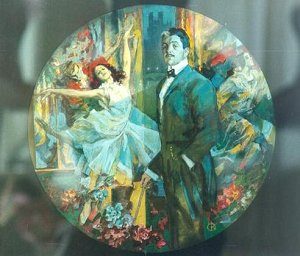 The first creative meeting of two prominent theatrical figures took place in 1911, when the Diaghilev ballet troupe first performed in Monte Carlo. That season Giselle, Scheherazade, Polovtsian Dances, Vision of the Rose and Narcissus were given with the participation of T. Karsavina, V. Nizhinsky, O. Preobrazhenskaya, A. Bolma and other outstanding dancers. So the names of such Diaghilev’s associates such as M. Fokin, L. Bakst, A. Benois entered the history of the theater. END_OF_DOCUMENT_TOKEN_TO_BE_REPLACED